Alright so I maybe was a little dramatic at the “What Almost Killed Me” part of this post, but I definitely did some irreversible damage to my body that you should be aware of.

Often times we push ourselves to our limits when pursuing fit lifestyles, I have noticed this in myself when I can’t walk after leg day, or two days after some heavy deadlifts I can’t get out of bed. Usually these are due to some underlying injuries, but is there a such thing as overworking yourself?

So recently I was having some serious troubles internally, or at least I thought so. These issues occurred right after a night of drinking and although I drank a decent amount, I never really got to the point where I felt too intoxicated.

After this night I was feeling extremely sluggish and was having pretty intense pain in my mid back. The problem persisted for about a week so I went to the doctor. All tests came back and there was no sign of infection or disease.

For some reason the symptoms weren’t going away. I consulted a separate doctor after another week because I was pretty worried about my health overall. Meanwhile, I was pumping myself full of every natural “cleanse” I could find on the market and they really weren’t working. This new doctor had a completely different outlook on the situation.

At first, he started asking me strange questions. What did you do that may have caused this? I told him about my day of drinking and gave him the time frame in which I began to have issues.

What I Didn’t Know

My doctor ran some tests on me and it turned out that I had high levels of Creatine Kinase (CK) in my urinalysis. Generally speaking this can be caused by all sorts of things ranging from recent heart attack to (here’s the moment you’ve all been waiting for) skeletal muscle damage.

Immediately I looked up what high levels of CK can be caused by, and something interesting popped up, dehydration and intense workouts both independently. Many marathon runners can experience elevated levels of Creatine Kinase after over exerting their bodies or becoming dehydrated. This causes extreme muscle deterioration that your body cannot understand. In turn CK is produced at high levels to help repair this muscle.

When I called my doctor to explain my thoughts, he was not surprised whatsoever. I saw him again and he explained to me in detail some of his experiences.

My doctor was initially a military doctor. He had experienced problems very similar to mine, in fact, he had seen almost this exact same thing before in some of the guys in the military. He described a case very similar to mine in which the person he was treating had actually experienced kidney failure due to severe dehydration and overworking of his muscles. This sounded exactly like my problem, and when I told him what I did the day it all started, the conclusion was pretty straight forward.

That in addition to Protein Shake Consumption (I cover this in another article) contributed to excess stress on his kidneys and nearly killed him. With that being said, here’s how I created my own personal recipe for disaster.

Here’s the leg workout I hit the same day I went on my binge drinking kick:

Now here’s what I drank that day (over the course of around 6-7 hours):

This may seem INSANE, but I was 22 at the time and this was not a crazy drinking day for me. However, the lack of water I had consumed that day did something extreme to my body. Just take a quick look at this to fully understand the side effects of dehydration. 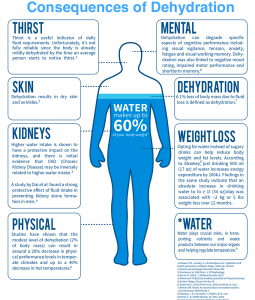 First off, my leg workout was INSANE. Please keep in mind that workout is not for the faint of heart. I had been going at legs steady with a much lower intensity workout for quite some time, and I had surpassed intermediate lifting and was moving towards gaining size and sculpting at the same time. Please don’t try that workout unless you want to be hospitalized.

If you insist on doing any alternate form of that leg workout, DRINK A TON OF WATER ALL DAY. Not a ton actually that causes issues as well. You can find more on that here.

If I want to drink a bunch of alcohol, I cannot be in proper physical condition. This applies the other way around also, if I want to be in good physical and mental shape, I cannot drink excess alcohol. I think we can both agree that the amount of alcohol I drank that day is an excess for most people.

To be honest I’m glad that I had this experience because now I can share it with you. Granted, it was painful, and scary, and everything I found on WebMD told me I was dying, but I’m now okay and have since made a full recovery, and the alcohol? Well let’s just say it’s extremely limited.

What happened to me specifically is that I had under consumed water before and during my workout. I was dehydrated going into this workout, I was not completely healed from my previous workout because I had read somewhere that “you just need to work the soreness out” which is also FALSE according to multiple DOCTORS, not some random body building forum.

If your body is sore let it rest, recover, and hit your next workout harder and see improvements in strength.

After my under consumption of water and hitting this workout extremely hard, I had torn the fibers in my muscles (as you do when you work out, that’s how this whole gaining muscle thing works), however, they were unequipped to repair themselves with a serious lack of water in the system.

As If This Wasn’t Enough…

Right after my intense workout, my friends gave me a ring and wanted to kick back and play some lawn drinking games which I most certainly was down for. So, being the great friend that I am, I grabbed some brews and headed over their way.

When I started drinking I should have known immediately something was funny. The immediate headache I got from the beer should have screamed at me to drink water, but I caught a pretty solid buzz and didn’t feel the headache anymore so it was all “Let’s rock and roll!” from that point forward.

Why This Experience Has Changed My Life

I’ve realized that I want to be on this Earth for a long time. Growing old, seeing my grandchildren play in my front yard, and being able to throw the football, kick the soccer ball, or be generally athletic at an old age are very important things to me. 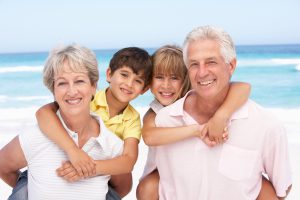 Drinking will not help with your fitness goals. In fact, it can lead to serious setbacks like the example I shared with you. I’m not saying a glass of wine here and there, or a couple beers with your buddies is terrible. I still drink on the weekends in an extremely limited fashion. I’m just trying to explain to you that you need to prepare yourself. Drink plenty of water all week long (don’t overdo it, just keep water around- doctor’s orders), and be cautious of how much you consume.

I would also suggest that you take ample rest days, and if you are going out to have a couple drinks, don’t schedule any intense workouts right before or right after.

Results of Not Drinking Excessively

It’s been quite some time since I really tied one on, and let me tell you, everything has improved. My overall health is awesome, I feel great (this may be partially due to my diet and nutrition changes and recent investment in a NutriBullet), but I also have so much more strength and energy from day to day.

All my lifts have increased by around 25% since I returned to the gym from my 6 week “injury” I guess you can call it. In addition, I don’t have near as many ticks, twinges, and I feel like my joints are appreciating the cutback as well.

Moral of the story: Cut back on alcohol, feel better in the gym and during your day to day life.

If you have any experiences with alcohol and working out and would like to share, please leave your comments below. I’d love to talk with you about how you are feeling currently, and if you have recently cut the majority of your alcohol intake please let me know how it is going for you below as well!