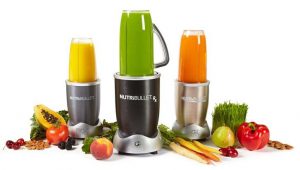 Quite often we find ourselves in a tough position when trying to focus on nutrition.

Why is it so hard to eat healthy?

One thing I’ve realized is that time is probably the largest thing I’m lacking when it comes to my diet and overall health. With our extremely busy day to day lives and little time for relaxation, especially when pursuing a healthy lifestyle, you just can’t fit in the time to have your daily servings of fruit, daily servings of vegetables, and everything else in six separate meals.

In addition, eating a bunch of different vegetables separately is really quite the task. In addition to not tasting all that great back to back, it takes so much time to eat a banana, and then right after that drink some almond milk. To achieve your nutrition goals it takes dedication and planning.

Well, I think I have an awesome solution to the majority of your nutrition problems.

NutriBullet to the rescue.

I personally was having the struggle many of you have with your diets. I was not eating a hearty, healthy breakfast, often times it was easier to grab a bagel, smear some fatty cream cheese all over it and bolt out the door. I’m not knocking on a soft whole wheat bagel with some cream cheese style spread in the mornings, especially for a little energy boost, but this was hardly enough to fill me up. 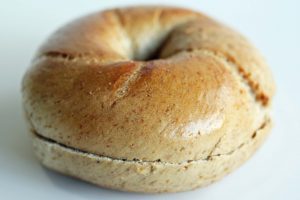 So, I knew I needed to do something and after talking to a few friends who are on this whole “juicing” cleanse craze they recommended the NutriBullet.

At first I was extremely skeptical. I’ve had a Magic Bullet for as long as the thing has been out, it works okay but never really was large enough or powerful enough to do everything I needed it to do. If I throw some carrots in this thing I don’t even want it to be phased. I was concerned that the NutriBullet, being by Magic Bullet, would give me the same headache.

I bought the 12-Piece set of the standard NutriBullet, not the monster NutriBullet RX. I really figured there was no need to be able to throw my entire refrigerator inside it. If you are making shakes for your entire family at once, okay maybe it’s worth it.

When I picked this thing up I was pretty surprised. It automatically felt more durable than the bullet coming out of the box. The system comes with two cups, small and large. However, both the cups were much larger than the original Magic Bullet’s, meaning I could actually bust out a morning meal in this thing. In addition, the blade part of the NutriBullet looked beastly. At first I was worried it seemed sort of blunt, but when I fired it up I changed my tune.

The cups came with a handle attachment that you can screw onto the top when you are done blending so that it makes it easy to hold the cup while drinking your smoothy/shake. 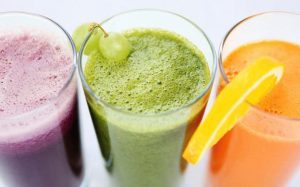 So the first time I used this I looked up some recipes and hit the grocery store. Now since I’m always dead set on gaining muscle and have been on a mostly plant based diet lately I went after a Fat Shake that I found recommended online. For the regular every day user though NutriBullet provides an app for download (they tell you about this when you unpack the system) and also they provide a website that you can go to for tasty, quick recipes. Find those recipes here.

The biggest trick with the NutriBullet is paying attention to the Max Fill line, they will stress this in the instructions and I’m not sure I want to find out what happens if I don’t listen (NutriExplosion?).

So I get back home and throw all of my ingredients into this beast. Almonds, Peanut Butter, some coconut oil, a banana, a half scoop of protein powder, some chia and flax seeds, and top it off with some almond milk (you have to have liquid for it to work).

When I fired it up, it surprisingly blended all of these ingredients in about 5-10 seconds. I used to have to use the Magic Bullet in burst mode for less ingredients, all soft, and would get 1/4 of the smoothy out of it. The NutriBullet blew right through everything, including the almonds. Not to mention this shake comes out huge. Perfect for a quick breakfast.

Now obviously my shake didn’t look all fancy like the recipes they showed, but it got the job done and I felt full after drinking it. This is exactly what I was looking for in a quick blender and saved me the trouble of trying to cook up some oatmeal or eat all of these things separately, plus I’m not a big fan of trying to ingest flax or chia seeds by the handful.

The blade is a pain to wash. Now I understand it’s a blade and like any knife or other blades that you have lying around in the kitchen you have to be careful washing it. I know that NutriBullet plasters warning signs all over it telling you to watch out for it being sharp as well, but I really just hate washing dishes so if I have to take my time I don’t usually get excited about that.

To be fair, if the gasket in the blade area starts to fall apart on you or you lose it, NutriBullet claims they will replace it free of charge (haven’t had to deal with this yet, will update if/when it happens) so at least you don’t have to be gentle when washing that part.

Would I recommend this?

Most certainly, there are tons of different products out there and I feel like a majority of them are a scam, and when it comes to people trying to sell you something to “help with nutrition”, well it’s usually a load of BS. This is one of the very few things I’ve tried out and now it is a staple in my day to day diet.

I would highly encourage you to head over to Amazon (it’s cheaper than Target/Walmart or your local store) and pick up at least the 12 piece set. If you want to pick up more cups later it would probably be worth it, but I get by with two for now and they are very easy to wash so they are ready for the next use.

Thanks for stopping by!

As always, please leave a comment in the comments section below and share your experience with NutriBullet. If you have another product that you would recommend or would like us to take a look at, leave that in the comments and we will see what we think of it also!

2 thoughts on “Should I Buy a NutriBullet?”