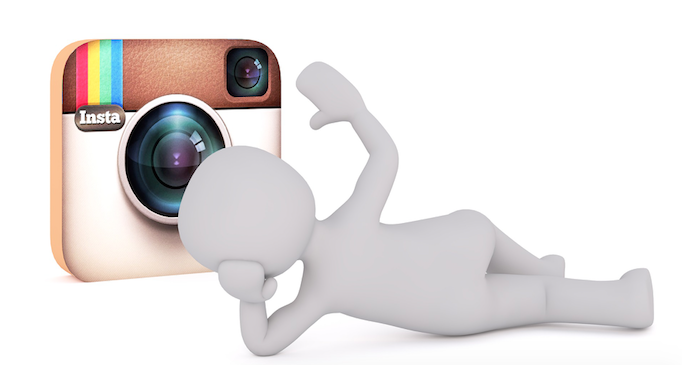 So I am a huge believer in transparency. I don’t hide the fact that if you purchase something through one of my affiliate links here on my site, I will receive commission. In fact, I appreciate the support of anyone who does so and supports me and my efforts here at Incite Fitness. I will always explain exactly how it works to anyone curious enough to ask.

No it’s not some absurd amount, but it helps when I have a little bit of monetary incentive to motivate me to share my knowledge and spend time writing. However, I have stood behind the fact, and always will stand behind the fact that the only products I am willing to market are products I have personally tried, and personally enjoyed.

If I dislike something in a review, I may link to it for you to decide for yourself, but I will be completely honest about hating that product.

This brings me to my problem with a large majority of these so called “fitness gurus” or “fitness models” out there.

You are probably wondering what exactly I’m referring to when I talk about fitness gurus hiding information from you. Well, there are lots of things that these people don’t disclose because their body is their business, and essentially has become a modern billboard for advertisement.

*Disclaimer: This article is woven with some pretty opinionated stuff.

Let’s go step by step to kick this off.

What They Aren’t Telling You…

The problem with this system is that a large majority of these people don’t actually USE the product that they are marketing. Usually, they get shipped a tiny tub of the stuff, or some product marketing setup and then they take photos with it or mention it in every single thing they post.

More often than not they will direct you to some link to purchase the product or offer you a 10% off code for using their name. This is usually an affiliate link or affiliate code where they receive commissions from your purchase. Pretty sweet deal right?

What most don’t realize is that these people are already in fantastic shape from doing who knows what?

A large majority of bodybuilders aren’t truthful about their methods and it’s extremely disappointing. If you are cheating to get healthy looking, and aren’t truly healthy, then you shouldn’t be influencing others to live your unhealthy lifestyle. (Opinion)

You may not believe me, and that’s okay. You may think that some of these people may have your best interest in mind, and some of them will…I’m not denying that.

However, think about this… if I took a picture of my abs, and told everyone that I had been drinking some miracle juice for months and it is the sole reasoning for my six pack, would you not then be interested in trying the stuff out?

I may be doing my normal 200 inverted sit-ups and absurd amount of windshield wipers in addition to eating a very detailed and limited diet but pretending like it’s just this miracle shake. That doesn’t seem fair right? It’s not, and it’s lying, and it grinds my gears.

This is just the same as all the “get rich quick” schemes out there and these fitness scams are becoming harder and harder to recognize as the market is flooded with more people with fantastic bodies who take advantage of the internet and take advantage of their following.

This is what inspired me to start this site in the first place. I couldn’t get a straight answer out of any of these people and their eyes were turning dark brown as they became ever so full of it.

So, in short, people gain a huge following due to their look, and then they pretend like all these different products they are paid to market or that they receive commission on for sales are what got them to that point.

The Shift In Media:

Let’s think about what we see every single day. The internet used to be less popular than television, and ad budgets were best utilized in order to land a spot on primetime television.

With shifts over the last few years to web advertisement and social media advertisement, and the ever increasing number of internet users, the internet has become the go to source for any affective marketing campaign.

Think about the last YouTube video you watched, it probably now has an ad at the beginning, the middle (if it’s long enough), and towards the end. This is ridiculous, but the reality of the world we are living in.

Also consider this, Facebook and Instagram are two of the most used social media platforms in the world. With billions of users combined. Now when you look at HOW advertisement is done, think about what it is you focus on.

Do you pay attention to sponsored posts on Instagram or Facebook? Probably not so much. I know I scroll right past them without even batting an eye.

Now think about that person that you admire on Instagram or Facebook that you have followed for two years and that has built a following of 50-100k loyal followers. If they mention a fantastic life changing product to you, aren’t you more inclined to at least entertain the idea that it may work?

Most likely the answer to that last question is yes. I know because I’ve been there, I’ve listened, and usually it’s been bogus.

Can It Be Legit?

I know this seems to be a bit of a rant but I don’t mean to deter you from trying to be healthy or trusting people that truly do care about you and your health, fitness, and nutritional goals. I am simply trying to explain that not everyone is one of these kind hearted caring persons.

What I talked about above is significant only because it hopefully makes you a bit more leery of spending your hard earned money on promoted garbage. I encourage you to research these items properly before purchasing, consult as many resources as you can, and never just trust one guy or gal with a nice body.

If you guys have any experience with this, have listened to anyone you shouldn’t have, or maybe have had the opposite experience please share in the comments below.

P.S. Beware the MLM schemes. These are probably the worst of all of them.