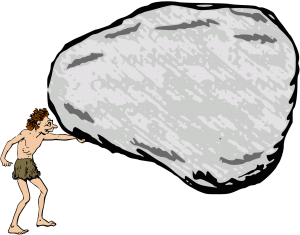 However, since it’s peak popularity in 2013 there has been much more research done into the Paleo Diet and determining what going Paleo really means.

The idea behind the Paleo Diet is that in which you don’t eat things that a caveman would likely not have access to. This sounds sort of absurd when you first hear it, but I wanted to dig deeper because like many things, it sparked my curiosity.

When you first think Paleolithic Era you immediately think short life expectancy, limited intelligence, and starvation. However, what many don’t realize is the athleticism and lean muscle mass that paleolithic humans had to maintain in order to keep fed. 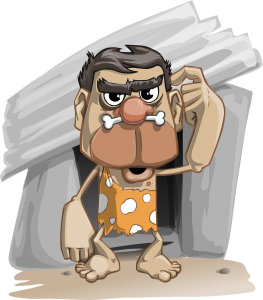 I am not stating that I am blatantly a proponent or opponent of the Paleo Diet, my purpose here is just to help you understand more fully what the Paleo Diet is, the background behind it, and the facts that I have discovered through my own research. In addition, I would like to allow you to make your own informed decision as to whether or not this is something that you would like to try.

The Paleo Diet is nothing new. In fact the only reason the popularity has increased in recent years is because of the widespread use of the internet and the ever continuing globalization initiative. Before that however, the idea of maintaining a Paleo Diet has been written about in many books dating back to even the late 1800s.

The first real sighting of the Paleo Diet being adopted however, was around the 1950s. I am unsure who really knows the credibility of the 50s version of the Paleo Diet because quite frankly this was around the same time that athlete’s didn’t weight train and the field of kinesiology was virtually nonexistent. In recent years I think it’s safe to say we have broken a few athletic records from the 50s.

At the start of the Paleo Diet the goals were simple:

As the Paleo Diet developed a more extensive Paleo Program was created. This encouraged intermittent-fasting immediately followed by high-intensity cardio and finally repeated compound weight lifting. The idea of the Paleo Diet and implementation into exercise is believed to have been pioneered by a man named Arthur De Vany, author of The New Evolution Diet.

While the Paleo Diet has been involving it has been studied more extensively by nutritionists and doctors alike. One study of note is that of the Kitava tribe. This is a tribe in the pacific islands with only really access to Paleo foods. What was interesting about this study was that there was absolutely zero cause of death due to stroke or coronary artery disease amongst this tribe. Citation here.

These further studies have contributed to what is commonly known as “The Paleo Diet” today. 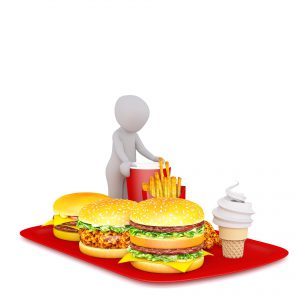 As technology has developed over time, and agriculture has evolved as well, the world has fallen into a pattern of high consumption of beef, salt, fats, and carbohydrates. Since this is a common diet in modern times, the claim that we lack protein and carbs in a typical human’s diet is not realistic. In fact the lack of fiber and essential vitamins like vitamin D/B, and the lack of hydration are the most common issues stemming from global diets.

In fact, only 0.05% of the population is born with a genetic protein deficiency problem, and if you eat a healthy, well balanced diet you can easily consume the 1.0-1.5 grams of protein/body weight ratio that many health professionals recommend. Cut out the supplements, I did and I feel great.

Did you know that the leading cause of death in the United States is Heart Disease? It is then followed by cancer and then just a couple places behind that is stroke. Did you also know that your diet contributes heavily to all of these issues? Even if you don’t agree with the idea behind the Paleo Diet, being health conscious is imperative to your survival.

So What Foods Does The Paleo Diet Consist Of? 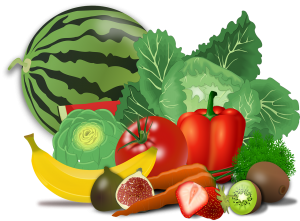 Now you are probably wondering what foods entail maintaining a Paleo Diet. Well, I have an answer for you. The most common criteria for or classification of Paleo foods is as follows:

Pros of the Paleo Diet

I do believe there are many pros to the Paleo Diet and the idea behind it is well placed. What we see is no mention of dairy inclusion. While many fight for dairy hand over fist, there is really no need for it with the access we have to alternative sources of vitamin D and calcium with supplementation and nutritional research to guide us in the direction of nutrient rich foods.

The elimination of dairy from the Paleo Diet is a pro in my opinion due to the fact that many studies have proven that humans are the only species to routinely consume milk past infancy or consume the milk of a species other than their own. It seems strange to me that we would do that, but it’s your body and I’m just expressing my opinions.

My opinions however, are based on the fact that 60% of the world is lactose intolerant. Citation here. Lactose intolerance essentially means that our digestive system is not properly setup to process dairy and lactate past our infancy stages. This is why we naturally ween off of milk or formula at a certain age. 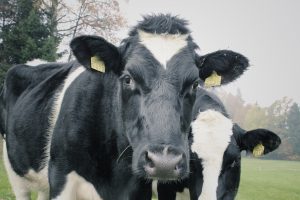 The Paleo Diet also eliminates the use of added sugars. Added sugars have been repeatedly proven to be a direct contributor to obesity, Type-II diabetes, cardiovascular disease, Alzheimer’s disease, tooth decay, macular degeneration, sugar addiction, and sleeping disorders. In my personal opinion that’s enough to make me want to cut out added sugars.

The main three pros that I have dissected that stem from a Paleo Diet (other than weight loss and overall muscle and strength gain) are the reduction of coronary heart disease, reduced hypertension, and reduced chance of developing diabetes.

While you may not be overweight or obese, your diet may still be causing diabetes and you may not know it. There is at least one case that I have read about in my research regarding a 28 year old male weightlifter who has developed diabetes due to poor diet. The guy was in shape, looked great, and even ran a decent amount, but his diet was still so high in added sugars he developed diabetes.

Cons of the Paleo Diet

What you will notice here is that the Paleo Diet eliminates grains and legumes. These include things like beans, peas, lentils, and peanuts. While I do agree with the majority elimination of grains I would have to say that if you do cut your meat intake many of these can provide a great source of potassium and magnesium and are used to replace meat in vegetarian style diets.

For anyone planning to be a vegetarian and maintain a Paleo Diet, you will be struggling to maintain the appropriate balance of key vitamins and nutrients.

Another con of the Paleo Diet is the fact that it is hard to maintain. That’s obvious, if you ever have to grab a quick bite at lunch the chances of you avoiding any of the things not on the list of approved Paleo foods are very low.

This is why I think the Paleo Diet shouldn’t necessarily mean that you follow it 100%.  There are going to be times when convenience and reality set in and a Paleo Diet is not sustainable. This can be very common if your lifestyle involves travel. In addition, if you do travel a lot and you cannot make your own food or limit yourself based on menu options, then you will literally be malnutrition after an extended period of time. 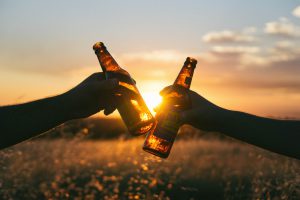 Next, the Paleo Diet cuts out alcohol completely, and many of your common comfort foods. While I generally keep my alcohol intake to a minimum, if I want to have a drink and watch the ballgame on a Saturday I don’t want the Paleo Diet wagging its finger at me. In that regard it is not realistic.

In addition, if I want to indulge once in a great while and have some birthday cake at a birthday party, that’s going to happen. While that is not my primary purpose of staying fit, it is a reality that I need to have some cheat days in order to maintain my sanity.

My last con of the Paleo Diet relates to ratios. Many Paleo ambassadors are for an equivalent ratio of Omega-6 and Omega-3 fatty acids. However, nutritionists and doctors in recent years have published a wide variety of studies stating that a 2 to 1 ratio, respectively, is more accurate for human dietary needs. That has helped to form my personal opinion on the matter of the Paleo Diet below.

My Suggestion and Personal Opinion

I personally think that more research should be done continuously on the Paleo Diet in order to accurately determine the nutritional benefit of it. However, I also believe that the initial ideas that I listed above pertaining to the Paleo Diet including having a respect and appreciation for nature and what it offers us are important. I do think that trying to maintain the most Paleo Diet possible is important for many environmental, spiritual, and health reasons.

Realistically, there is nothing BAD about the Paleo Diet besides the fact that it takes motivation and determination. While it is mostly understood that in order to see full effects of a diet you have to maintain that diet for 30 days, I think that the energy boosting properties of a diet such as the Paleo Diet can contribute greatly to your health in much less than that.

In addition, the reduction of symptoms of IBS and other digestive issues can be sufficient enough reason for many who suffer from these issues today to try a Paleo Diet. With the cutting out of grains, and the direct relation of gluten intolerance to lactose intolerance amongst humans, I think it is important to note that this diet is realistic.

So, my suggestion: Give it a shot, see how it goes, try and stick to it. If it doesn’t work, and you feel terrible switch back. However, give it an honest go and let me know how your experience goes in the comments below. I really do appreciate hearing from those who have tried it. I myself have been trying to stick to this more and more over the past few months, and it has done me a great deal of good both in and out of the gym. I have seen increased daily energy, and actually an increase in overall strength in the gym.

If you have any questions, drop them below I’d be happy to answer.

Quick tip: If you would like to find the sections within my citations that I am referring to, just use Command+F or Control+F at the link under “Citation Here” and use the keywords within the sentence prior.

6 thoughts on “The Facts Behind The Paleo Diet”