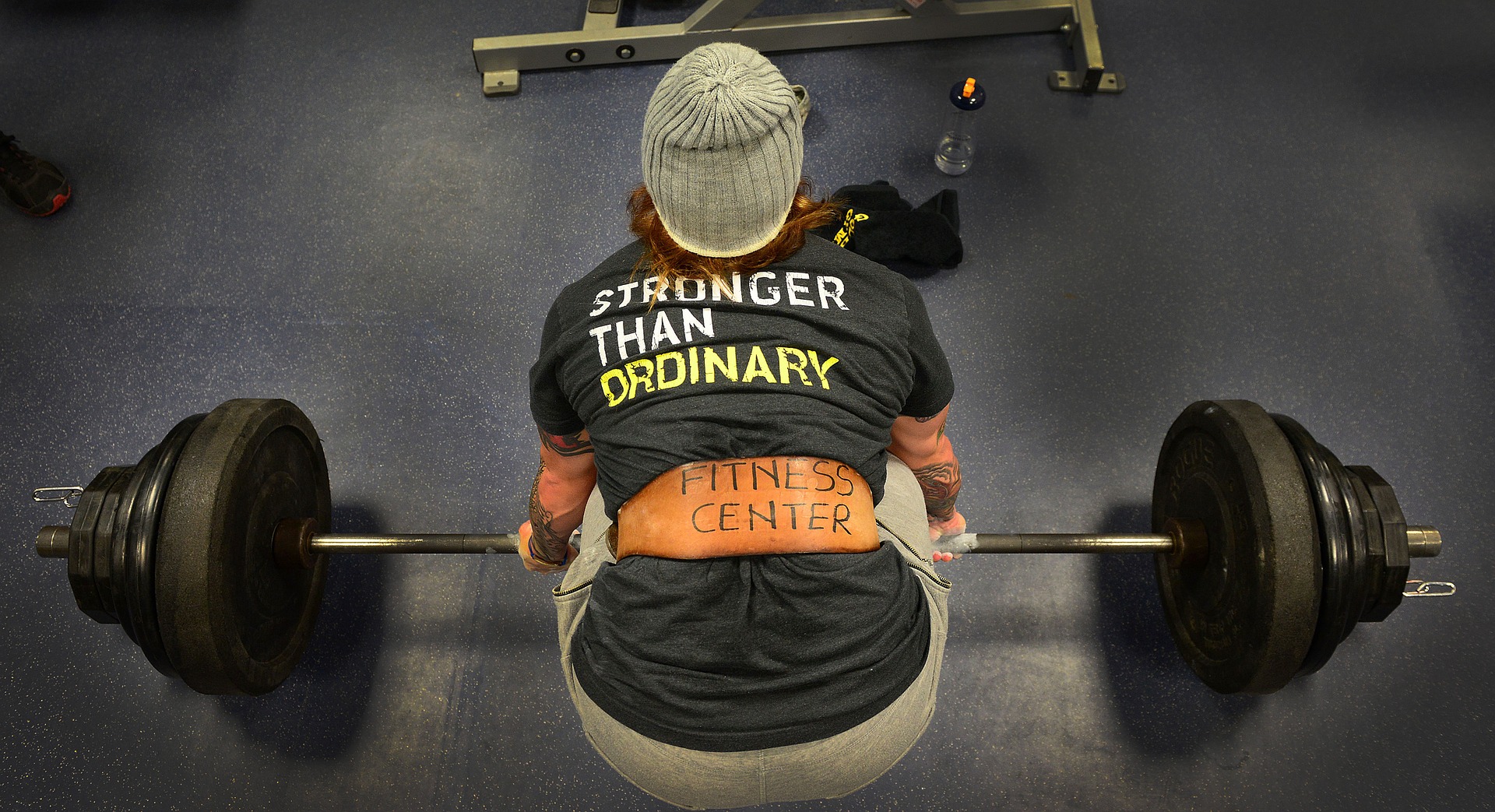 Let’s be real, I don’t know many guys that enjoy wearing gloves when lifting. Whether it’s because they don’t want to look a certain way or whether it’s because gloves actually do nothing for you but create blisters, they just aren’t a realistic lifting solution. Girls, I can understand why you wear gloves, but I’d still suggest an alternate solution.

So how do we solve the problem that many of us have in the gym? The weight room attendants generally run around and grease up the bar with some mystery cleaner that most certainly will leave a thin film of destruction behind.

This film just waits, dormant, until the next no-chalk lifter slaps some weight on the end of the bar, grips as hard as they can, and then gets absolutely raging angry when they can’t hold onto the dang thing.

This is something I’ve experienced far too often. I needed a solution. I had heard rumors of this chalk stuff floating around so I decided to give it a try a couple years back and have not gone a day without it since.

Everyone sweats in the gym. At least they should sweat if they are working hard but that’s another topic entirely. I personally sweat a decent amount and that leads to sweaty palms. Sweaty palms lead to an inability to grip the bar. If the bar is already greased up from Mr. Attendant Guy we talked about above this is just a perpetual disaster waiting to happen.

Gym chalk helps to reduce this problem by drying out your hands. The background on using chalk for grip comes from sports where it’s necessary. The most common two include gymnastics and rock climbing. While we are not talking about either of those here, we need to understand that chalk can be very beneficial to weightlifters as well.

There are multiple forms that gym chalk can come in. Let’s take a look at the most common ones. 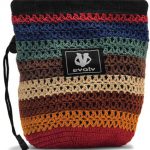 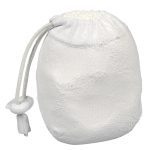 The Pouch– Sometimes gym chalk is seen in a pouch. This usually means they ship the chalk to you with a bag and you reach into the bag rub a little bit on your hands and you are ready to rock. I think there are some downsides here. Usually the chalk is already ground up into a fine powder. Sometimes I don’t like using the fine powder because it gets absolutely everywhere (more so than other types at least). Another problem I have with the pouch is that sellers tend to mark it up the product because they are giving you some special pouch. I do have to say that most of them are refillable but you can get your own chalk bag and mash it into powder yourself if you want that.

The Ball– Chalk balls are pretty convenient. They create less of a mess, but you still have to store them somewhere chalk won’t go everywhere. Unless of course you want the inside of your gym bag looking like the north pole or want to be stopped on the street by the police for the mysterious trail of white powder you’re leaving behind. These are easy for application because you can pull out the ball, smack it on your hands, and you are good to go. Problem with chalk balls is that they can once again be a bit expensive. When they run out (most of them) they are out and you just purchase an entire new one. Granted these last a very long time but they just aren’t my personal favorite.

The Brick– The brick is usually the cheapest way to buy gym chalk. I accidentally bought way too much the first time for like 5 bucks and now I have 5/6 bricks left in my closet. These also last forever. Some of the bricks I have broken up into a powder and stored in a plastic bag. This is the messiest but basically just takes the form of the pouch. I also have a full brick that I carry around with me for mild application when I really don’t want to dry my hands out too badly. The best part about this is that if you break up the bricks you can leave some chunks of chalk in the bag so that it’s easy to apply to the actual areas of your hands you are using to grip rather than just dipping your hands completely into a bag full of poof. 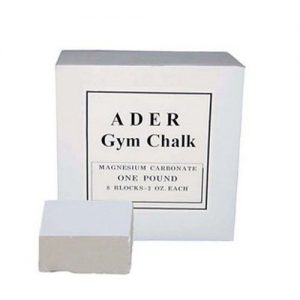 Over time I have bummed chalk from a few different people. I’ve used all the forms I’ve discussed above. I’ve only bought gym chalk once, however, and I am glad I made the decision I did. This chalk doesn’t dry out your hands for 5 days after use. It does the job when it needs to but is also not insanely expensive.

I read as many reviews as I could and what seemed to be the best option was Ader Gym Chalk. This chalk doesn’t ruin your hands. If you already have built up a solid callus base this chalk helps to not allow them to get much worse.

As much as having calluses helps with lifting and your hands hurting when pulling the bar during and deadlifts, weighted pull-ups, or barbell exercise in general, it isn’t worth not at least trying to avoid having them crack and tear because this just becomes painful after a while.

That’s another thing Ader does a good job at protecting against. My calluses haven’t dried out or ripped open and started bleeding since I’ve been using this gym chalk. Before when performing heavy lifts I would always have problems with my hands for the next day or two.

In addiiton, I can most definitely pull more weight because of the non-slip grip I have on the bar. It’s actually insane how much of a difference something so small can make.

An important note here. If your gym doesn’t allow chalk (it’s extremely messy, but any real gym should be fine with it) make sure you keep it hidden in your bag. I’m not suggesting you break the rules or anything but let’s just say I use it everywhere I go.

With Ader you need to realize not to order too much. One block will last you a really long time. I’m talking months of consistent use. You may have to gift this to your children and your children’s children, but at $10-15 for a lifetime supply of good quality chalk you can’t beat it. Stick to the 1 pound box of 2″ bricks. You’ll be set.

Drop me a line below about your favorite gym chalk. Maybe I’ll give it a shot. If you do end up trying out the Ader chalk let me know what you think. It’s my favorite and I personally think everyone should use it, but hey, everyone has got their own style.

4 thoughts on “The Best Gym Chalk On The Market”