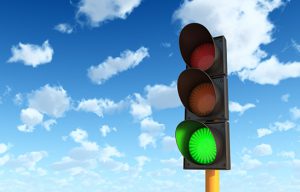 So running generally gets a bad rap… At least I hate it so I assume a lot of other people hate it.

Personally I have been a swimmer rather than a runner for quite some time, but I don’t always have access to a swimming pool. I have a lot of feelings about swimming vs. running that mostly stem from the low impact characteristics of swimming.

Since I have relatively bad knees from the get go, I often get pretty sore after a run, whereas swimming doesn’t kill my feet and knees after a couple miles.

I guess you can argue that swimming destroys your rotator cuffs, which is true, but there are ways around that and strokes that can lighten up the load on your shoulders.

Although I prefer swimming, there are still some benefits of running.

1. I still need to do cardio- I know that a lot of people avoid cardio because of the idea that it’s going to make it harder for you to build size. I would say this is probably true. It generally bumps up your metabolism. In my opinion, heart health is worth it.
2. Getting outside (I never run on the treadmill) is good for the soul… I wrote about how working out relieves stress and anxiety here. Sometimes a little sunshine and nature can be nice. If you live an area with water nearby, or a beach, that’s always a good destination for your run.
3. Running can be social. It’s sometimes nice to run with other people. While I generally workout alone, I’m always trying to recruit people to run with me. This not only helps push me to run faster, but it gives me someone to chat with when I take a break after a couple miles.

My biggest pet peeve with running is how boring it can be. If you do have to run by yourself, a lot of the time you will find yourself running the same path over and over again.

This makes running outdoors almost as bad as running on the treadmill at the gym. If you do run on the treadmill, quit watching the freaking television built into those fancy new ones and focus on running harder.

There is a solution to mixing up your running path, and I like to leave my running path to chance.

There are some steps you can take to prepare for this so you aren’t completely shooting from the hip, but overall it helps to infuse some spontaneity in your run. 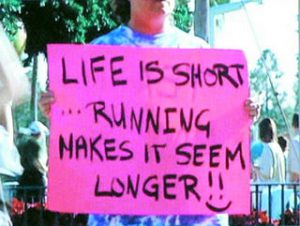 I personally live in a pretty busy city, so the stoplights change quite frequently, which is nice because I don’t get stuck at them too often. Sometimes I’m not that lucky though… and this led to what I’m about to explain.

One day I was standing at a stoplight jogging in place like an idiot and decided that I was going to alter my route and just head whichever direction the stoplight turned green.

Here’s what’s cool… there will almost certainly be a green light in one direction or the other.

Here are 5 basic steps to incorporate The Stoplight Method:

Step 1: Plan a general direction- you don’t want to be running into the wrong neighborhood. This means you still need to be conscious of your direction of travel.

I usually pull up Google Maps, find a few key points a certain distance away… usually 2-3 miles away so looping back makes for around a 4-6 mile total run.

Step 2: Use those points as your hard stops. Granted you might not run right into one (that’s the point of this method)… understand that when you get to somewhere just about as far, that’s when you want to stop.

Step 3: Head out your front door and start off in that general direction. When you get to a stoplight, you head whichever direction is the green direction. You’ll realize you are pretty much going to go left, right, or straight no matter what light you are at.

Step 4: Continue on until you run into a close vicinity of one of your hard stops. If you have a running software or app like Map My Run, this will usually help with route calculations and you’ll know when you’ve gone an appropriate distance.

Step 5: Follow the same method on the way back, but make sure you are at least heading back home. I tried doing this one day actually following the lights, but if you don’t force yourself back home you’ll never end up there. If you have to stop at a light it’s not a big deal.

Benefits of incorporating this method: 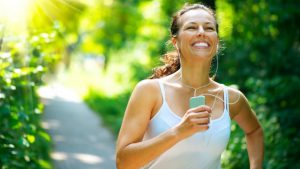 You will run continuously. This method cuts out all those small start and stop style breaks. It then keeps you from being a lazy bum, and helps you get into better shape.

This method is also generally faster. If you are running a set distance, you will see that you will get there faster because you are cutting out your wait time.

Since I’m not a huge fan of running in the first place, this helps me to get the run over with as soon as possible.

It makes running as much fun as it can be. You never quite know where you will end up. Maybe you see a new restaurant on your run that you might like to try in the future.

I’ve run into some hidden parks that I would have never known were there had I not started doing this. It’s really awesome the things you can discover when you just go out, start running, and let programming and chance determine your path.

I know this is a bit shorter than usual, but this is really just a simple method to get you out and get you running. Keep that heart healthy, do some cardio, and make it as fun as possible!

If you give this a shot and really like this idea, leave a comment below. We’d love to hear about your experience trying this out. Also, if you try it and have any horror stories those might be a good laugh so share those also!